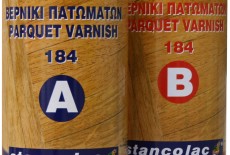 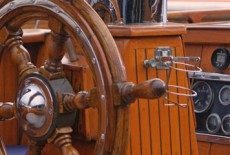 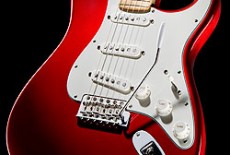 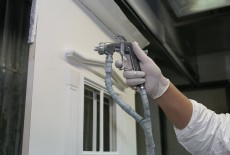 A polyurethane coating is comprised of two major components: a base resin, which can be acrylic, polyether or polyester and a hardener. A polyurethane paint film is formed when those two components chemically react. Other ingredients such as pigments, solvents, leveling agents and thickening agents can also be included. Polyurethane varnishes are typically hard, abrasion-resistant, and durable coatings.

They are popular for hardwood floors but are considered by some wood finishers to be difficult or unsuitable for finishing furniture or other detailed pieces. Polyurethanes are comparable in hardness to certain alkyds but generally form a tougher film. Compared to simple oil or shellac varnishes, polyurethane varnish forms a harder, decidedly tougher and more waterproof film.

This Wikipedia article has a super neat comparison of wood finishings

History and chemistry of 2 component PU lacquer, the full version

History and chemistry, the short version